What is Creatine Monohydrate?

Creatine monohydrate is an organic compound that helps facilitate recycling of ATP in muscle and brain tissue and is found in vertebrates. It was first discovered in 1832 by Michel Eugéne Chevreul, and the first evidence of its benefits on the muscles was found in 1912 by Harvard University researchers. Creatine became available as a dietary supplement in 1993, and since then it has become one of the most widely studied supplements. Creatine is commonly taken by athletes and bodybuilders and has become a staple of workout supplements.

† These statements have not been evaluated by the Food and Drug Administration. This product is not intended to diagnose, treat, cure or prevent any disease.

As a dietary supplement, take 2500 mg to 5000 mg daily before working out with plenty of water.

Keep out of reach of children.

Thank you for submitting a review!

Your input is very much appreciated. Share it with your friends so they can enjoy it too!

Already notice a difference. Dissolves better than prior product I was using.

United States
I recommend this product

This product is great. I use a pill capsule filler and make up 200-300 as needed ( I also just noticed that Bulk Supplements now sells these). No issues with the product, this is the second bag of product and is always of high quality.

United States
I recommend this product

This review is not about the quality of the product because I just received it yesterday ... Just being honest ... But everything else in terms of packaging, shipping time, and especially communication and follow-up was the best of the best ... E-mails communicating order placement verification, shipping notification, tracking information and delivery follow-up were continuous and timely ... Product that I received arrived safely and the expiration date indicated fresh product ... Will 100% purchase from them again and most likely switch other products that I purchase from other companies like L-Citrulline and BCAA’s to Bulk ... Thank you for your incredible customer service and attention to details ... Ben from Surfside Beach, SC 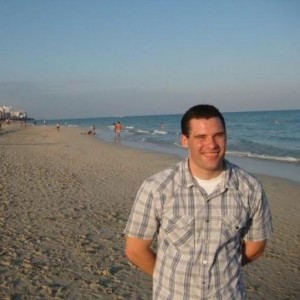 I am so satisfied by ordering directly from Bulk Supplements. Great experience, everything seamless and easy. This is the only creatine I buy.

What is Ascorbic Acid? Ascorbic acid (vitamin C) is an essential vitamin that is well known for its effects on the immune system. Ascorbic acid is...

What is Resveratrol? Resveratrol, also known as Trans-Resveratrol, is a stilbenoid polyphenol and phytoalexin that is produced in several plants, ...