What Is Magnesium Hydroxide Powder?

Magnesium hydroxide powder may aid digestion, and promote bowel movements.† It is also a source of magnesium, which may support heart function and healthy teeth and bones.†

† These statements have not been evaluated by the Food and Drug Administration. This product is not intended to diagnose, treat, cure or prevent any disease.

As a magnesium supplement, take 1000 mg (about 1/4 tsp) daily, or as directed by physician.

Thank you for submitting a review!

Your input is very much appreciated. Share it with your friends so they can enjoy it too!

FacebookTwitter
Be the first to review this item
Filter Reviews:
×
Clear filters
More Filters
SR
08/29/2020
Sara R.
United States
I recommend this product
Did not receive

Hello Sara, Please reach out to our customer service team, so we can look into this for you. CS@bulksupplements.com

TL
08/16/2020
Thomas L.
United States
I recommend this product
I take 1/4 level tsp of this Mg(OH)2 overnight as an oxygen source as part of a combo

This is a combo I devised 9 months ago in November 2019 which is temporarily helping me out with some swollen lymph glands under my jaw. It is working well. I knew I wanted vitamin C (ascorbic acid) in the combo because I read that it opens the lymphatic channels, just what I needed. I also felt I wanted an oxygen source, Mg(OH)2, because they say oxygen is anti-cancer. I also like having the anti-clot substance, sodium citrate, in the combo because recently my right bicep cramped as it tends to do when I hold the phone too long, but this time the bicep stayed cramped, so I think a blood clot had developed. I like having food grade DiatomaceousEarth.com in the combo because it is a gentle abrasive with many other antimicrobial qualities. So I take this in the night any time after say midnight until say 5 AM. In 4 oz or more of water, I first add without stirring, 1/4 level measuring tsp (about 1 gram) of ascorbic acid powder. Then I stir in the 1/4 level tsp of Mg(OH)2 powder which donates oxygen. For some reason, this Mg(OH)2 instantly dissolves the ascorbic acid powder in the water and takes away the vitamin C sourness. Then I add 1/4 level tsp of BulkSupplements.com's food grade sodium citrate powder as an anti-clot addition. Sodium citrate is what melts cheese without heat, used to thin nacho cheese and mac-n-cheese sauces. In 2016 and desperate after a blood draw, I figured sodium citrate would do the exact same thing in dissolving my blood clots, which I thankfully experienced that it does. In 2016, I found that sodium citrate worked like a charm when blood clots formed in my left bicep in the days after a blood draw. By the time (a week or so) that I received the two 1 lb bags of food grade sodium citrate powder in the mail from eBay, I could feel that the blood clots had moved up my left arm to the left side of my heart. Stirred into water, I think I took a level half teaspoon of sodium citrate powder mornings and afternoons, and amazingly the clots and their slight pain were gone in a few days. I continued to take the rest of the first pound for a month or so and saved the second pound for later if I needed it. So I am very pleased with this magnesium hydroxide powder as my oxygen supplement. I took Dr. Kurt Donsbach's (previously from Tijuana) oxygen capsules for years, first his magnesium peroxide capsules and in later years his urea peroxide capsules. Oxygen supplements have always allowed me to wake up earlier mornings and feeling more refreshed.

Very satisfied with my purchase. Great quality at great price. The only complain I have is with the status of my wholesale account. They disable it every-time and I have to request them to re-activate it. 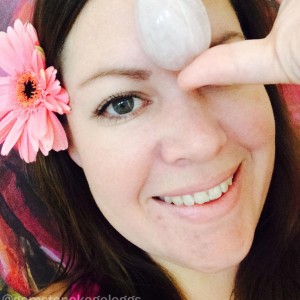 I buy most of my supplements from you guys! Love the quality and prices. Great company!

Added to your cart: